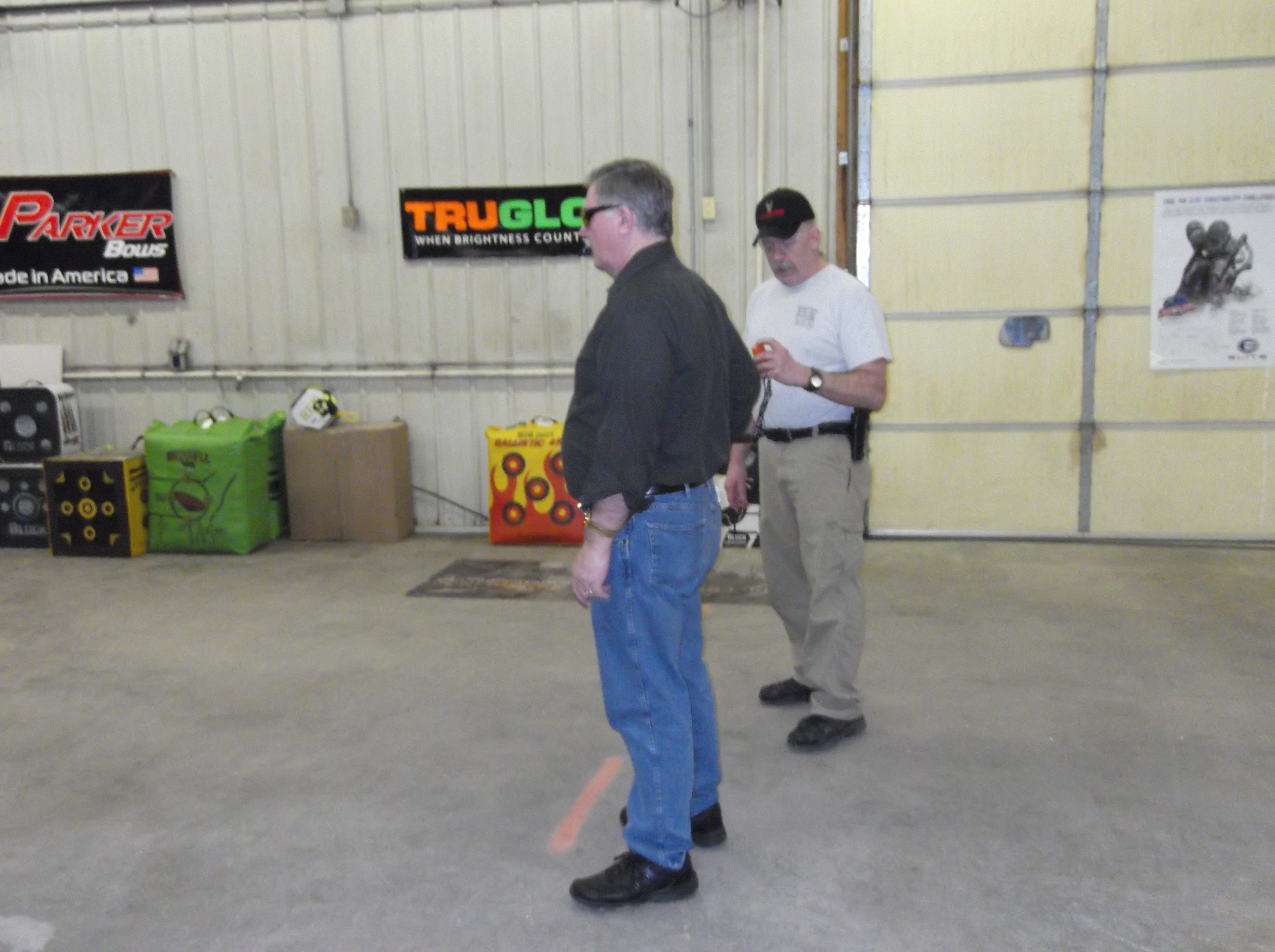 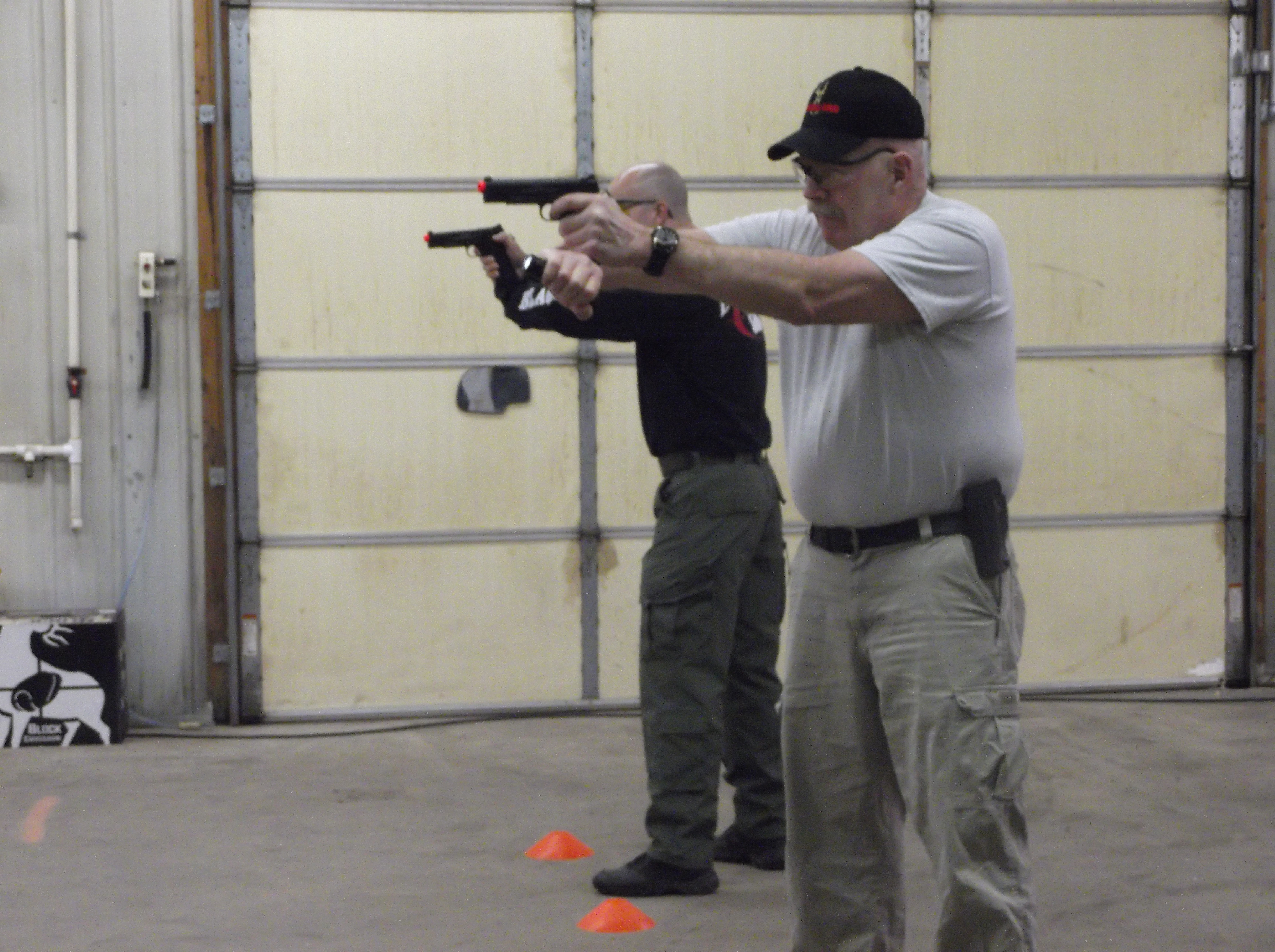 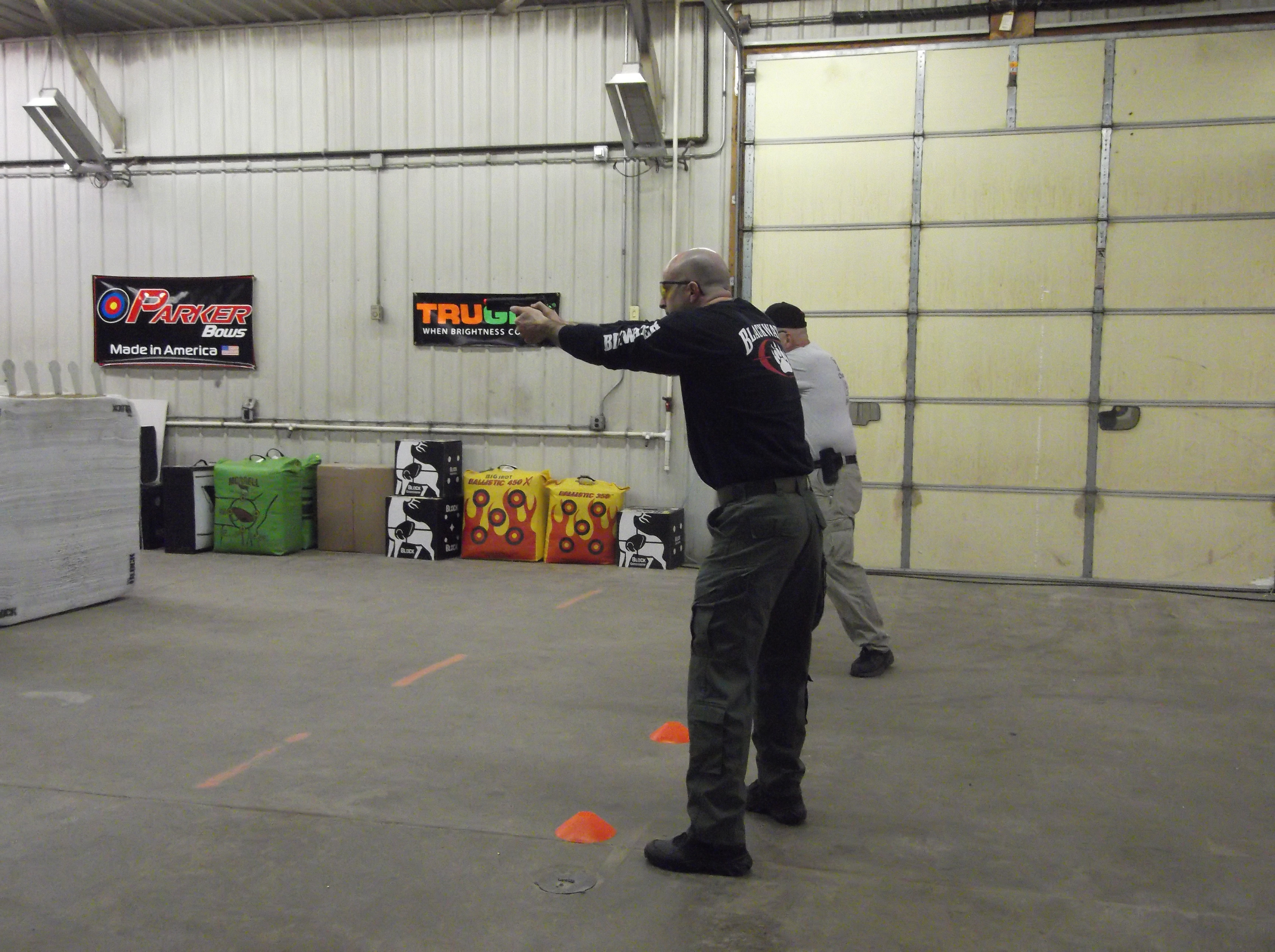 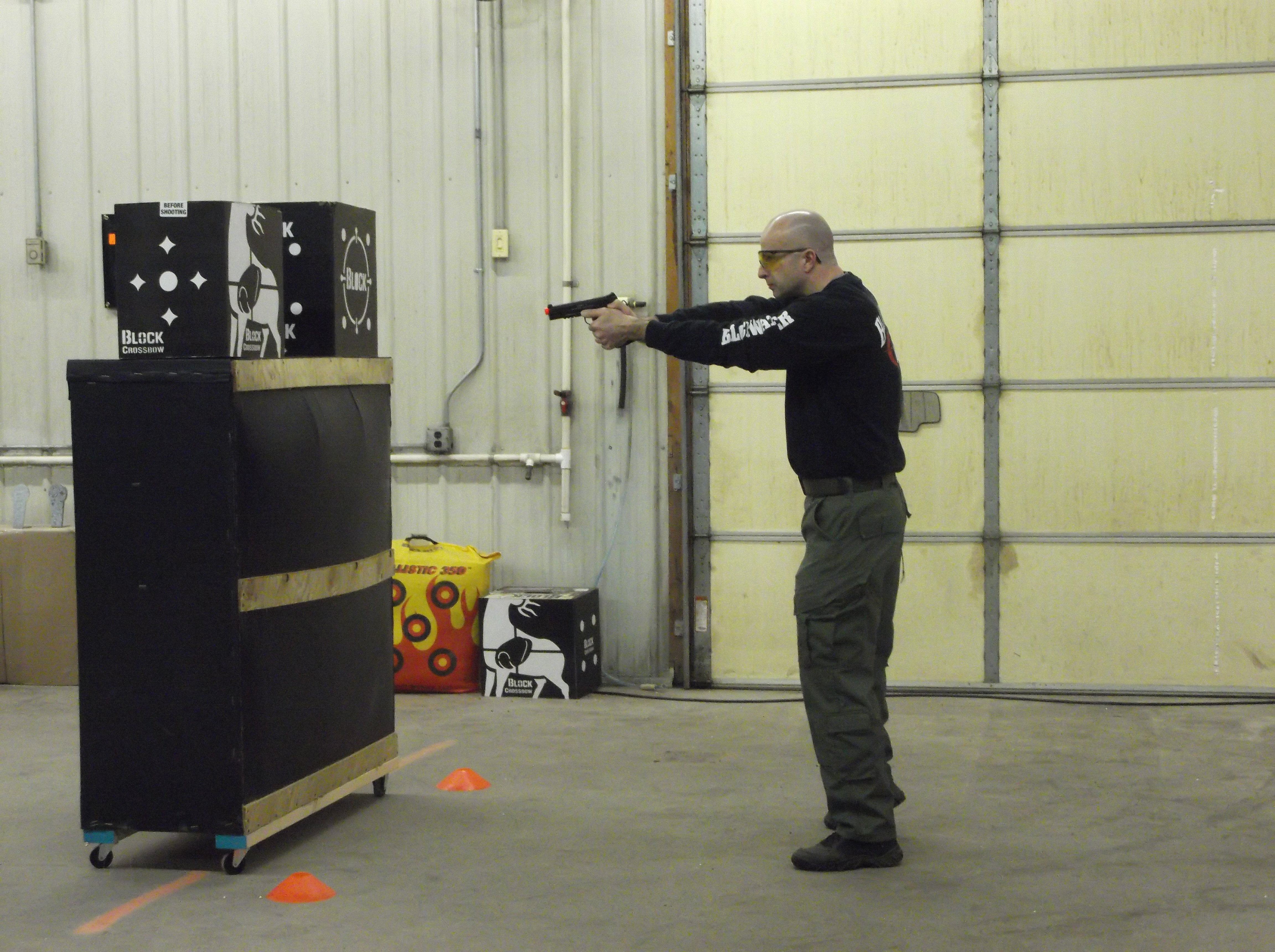 Winter has never been one of my favorite times of year and it is my least favorite time to practice and train. Spring time means more than just renewing my hope the Cubs win it all this year, it means a chance to shoot some USPSA and IDPA matches and a more consistent practice schedule.

I live in a small town and the nearest indoor matches are about an hour and a half away. When you consider the drive, along with my crazy 12 hour shift work schedule, there are very few matches I get to shoot at anyhow. Now, I do this for a hobby but I still hate being left in the dust and the more matches you shoot, and the more you practice, the better you’re going to be. Missing out on a few months of matches the other guys get to shoot has driven me to look at some alternative means of practice.

James Towle has helped me out quite a bit with this by putting me in touch with a “Stop The Threat” viewer, John Kennedy. Mr. Kennedy was gracious enough to share target ideas, match ideas and his experiences using airsoft guns for practice. All it took was for me to share this with some of my buddies and we had the makings of a shooting league!

Fortunately, a local businessman (who also teaches CCW classes) bought a former car dealership building and put in a sporting goods store, Outrageous Outdoors. Bob Jones saw the potential in the building by putting indoor archery ranges in the former shop area. I liked the big open space and told Bob about what I wanted to do with airsoft. He not only allowed us to use the space, he started shooting with us!

Most of us decided to use metal guns with a realistic feel. The projectile is a small plastic BB propelled by “green gas”. The BB’s and the gas are loaded into a magazine which is very close in size to my real 1911 magazines. The guns are blowback operated which also adds a bit of realism.

I found cardboard USPSA targets at Target Barn and one of the league members made target stands from PVC. I was also able to find metal targets from Airsoft Extreme and Tactrainer.com. All in all, our set up was not expensive and it’s proven very flexible for us. We have shot everything from USPSA qualifier stages to some of Pat McNamara’s drills. We are able to turn off the lights and practice shooting with our flashlights and can even practice some use of force with the airsoft guns. One of the unforeseen benefits of all of this has been the interest of some folks who have never fired a gun before. After shooting the airsoft they are going to purchase firearms and try IDPA and USPSA!

I’ve heard the naysayers that these are just toy guns and, yes, they are. But, I’m able to practice some fundamentals like draws, target transitions, shooting on the move and just simple sight alignment that I couldn’t this time of year without these toy guns. Maybe you live in an area far from indoor ranges and you would want to try them, too. I even plan on using it in my backyard this spring to teach my 10 year old nephew how to shoot a handgun and spend some fun time with him.

If you give this a shot, I would love to hear from you and if you want some help in getting an airsoft league of your own together, please let me know!