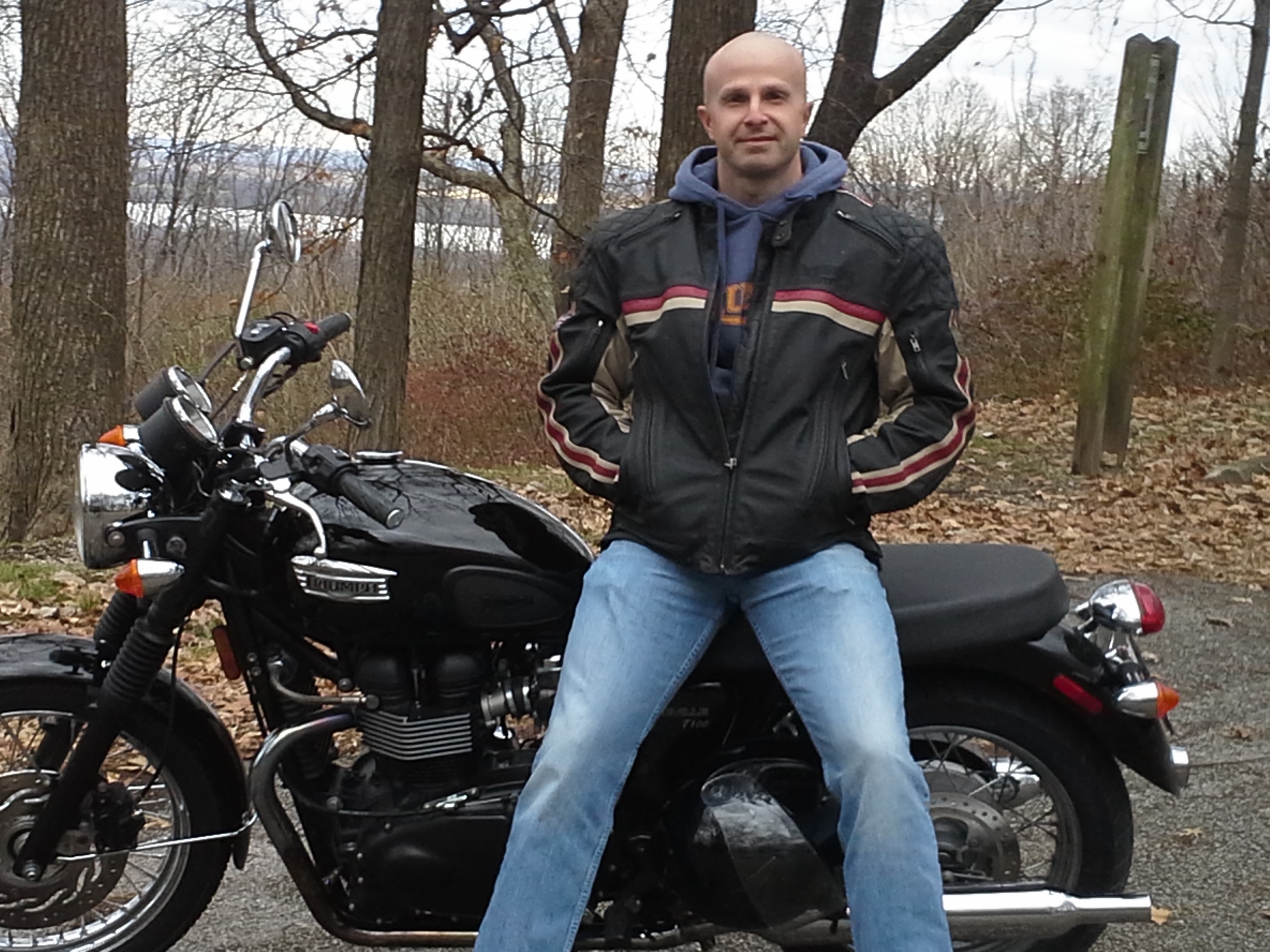 One of my passions in life is motorcycles. I love riding and it’s something that binds me to a lot of my friends but no one has ever asked me, “What kind of motorcycle should I buy?” Now, I’ve had everything you can imagine (Harley, Suzuki, Honda, Triumph….cruisers, enduro’s, crotch rockets, café racers) and I’ve loved each and every one of them. I love to ride and enjoyed each of them but, ultimately, I always dreamed of having a Triumph Bonneville T100 Jet Black. But, is that the right bike for everyone? No. So, it really puzzles me when someone asks, “What kind of gun should I buy when I get my concealed carry permit?”

I’m not sentimental about a carry gun. It’s a tool and, like all tools, you have to select the right one for the job. The first gun I ever bought for off duty wear was a snub nose .38 Smith and Wesson revolver. After all, I always saw a snubby in all the old cop shows as the gun every good cop carried as a back up. Now, I’m no Rob Leatham, but I’m not a horrible shooter either. My first time to the range and I couldn’t hit the broad side of a barn and sold it the next day.

My next trip to the gun store found me buying a 1911 with a 3 inch barrel. The gun ran like a dream and I was fast and accurate with it. Most of the time I actually had a better qualifying score with that backup gun than department issued Glock 22. However, the gun was heavy and printed like a brick on my side.

The biggest drawback to the gun was how hard it was to hide on my body. I’m 5’10” and weigh 175 lbs. so I’m not exactly a big guy. Most of the time I’m wearing a t-shirt and jeans and I always had a big bulge on my side that screamed, “I’m armed!” After a while, I realized that what I needed was something that could easily be concealed on my body, something that fit my lifestyle. I sold that Ultra Carry II and bought a Smith and Wesson Shield but not before I dry fired several other models, rented a few more at some ranges and checked out the holster options available for some of my choices.

I could have asked someone what I should buy but instead I asked people what they liked and disliked about what THEY had and checked out all my options for how they fit my body and style of dress, how I liked the function of the gun and what holsters were available to assist me in carrying the gun. Instead of asking what someone else thinks you should have, do your own homework and choose the right tool for the the job of protecting YOUR life! What do you think?

A few weeks ago I qualified all the officers in our department with their duty weapons, off duty weapons and the shotguns in their squad cars. Unfortunately, they won’t shoot their duty weapons until we qualify with our patrol rifles in two months. Several officers made some mistakes and didn’t perform quite as well as they had hoped.
As I’m watching the quals, I took notes, pictures and even some video of some of our shooters to show them after they were finished. Stance, grip, reloads….etc. We reviewed it all. Without fail, every single shooter told me, “But, that’s how I was trained,” or “But, I’ve always done it that way.” I once heard a trainer refer to institutional inbreeding and the belief that it’s good because, “we’ve always done it this way.”
As an armed citizen, I hope you recognize the danger in this ideology. Good is not good enough. Grow, adapt, learn and become better. Shooting a handgun is both an art and science and our skills degrade without practice, but we have to make sure we are practicing skills that are effective.
One of my shooters is a recent academy grad and was taught to do a reload by holding the handgun in his firing hand, arm held straight out, and load the magazine with his support hand. I pointed this out to him and his response, “It’s how I was trained.” I handed him three full mags and we walked back out to the firing line. My instructions were simple, two shots, reload, two shots, reload, and two shots as fast as possible. Guess what happened? He couldn’t make the reloads quickly and efficiently. I stepped up to the firing line and showed him how I was taught to do it and proceeded through the drill faster than I think I have ever done it. He shuffled his feet and mumbled something about how I practice more. YES!!! I DO! But, I practice a fast and efficient reload under pressure.
One of my other shooters struggled to qualify and it was due to his stance and grip. His shots were literally all over the place. When we talked about his shots, he said he was perplexed and didn’t understand what had happened. When I showed him the video of his first five shots, it was like a light bulb came on. He saw immediately what he was doing. We went back out to the firing line and corrected it.
I am an awful rifle shooter and it’s mainly because I’ve never spent much time with it. I was taught how to shoot a .22 by my dad and I tried to use the same methods and techniques to shoot my patrol rifle. After watching a lot of other guys and trying different techniques, I am getting trained (or tutored) by another trainer and my performance has improved 100%. Not only am I more accurate, but I’m more efficient with manipulating the rifle.
No matter how long you have been shooting, we all have room for improvement. There are a lot of skills associated with defensive shooting which are beyond just hitting the target. Seek out qualified instructors and keep learning. I’ve even learned from bad instructors (and some times that means learning their techniques don’t work). Like James always says, “Be safe, be trained, be alert.”
Rich Portwood