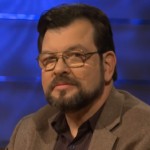 David Codrea has been writing professionally on the subject of the right to keep and bear arms since 1999, for “Guns & Ammo,” then moving on to “Handguns,” and then to “Guns,” where he is a field editor producing the monthly “Rights Watch” column. Blogging at “The War on Guns: Notes from the Resistance” (www.waronguns.com) and “Gun Rights Examiner” (www.davidcodrea.com), Codrea has been a frequent guest on national and major market radio and television programs, as well as a featured speaker at numerous events. He was a regular guest on Jame’s B. Towle’s “Trigger Sports LIVE!” as well as a featured ATSN field correspondent. His awards include Gun Rights Defender of the Month in April, 2007 by the Citizens Committee for the Right to Keep and Bear Arms, for persuading the Bush administration to strike collective rights language from the Federal Register. In 2011, he was named Journalist of the Year by the Second Amendment Foundation for his groundbreaking work exposing the Fast and Furious ATF gunwalking scandal, and was a co-recipient of “Soldier of Fortune” magazine’s 2nd Amendment Freedom Fighter Award, and Jews for the Preservation of Firearms Ownership’s David and Goliath Award. He was also named a 2014 Defender of Liberty by the Second Amendment Foundation.