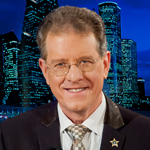 Donn Gallahue is a retired lieutenant from the Pasco County Sheriff’s Office on the west-coast of Florida. A Florida native, Donn spent 25 years with the agency serving in over eight different positions during his career, such as detective, patrol sergeant, patrol lieutenant, and commander of the SWAT Team. Donn is a graduate of the prestigious Secret Service Dignitary Protection School. In 2002, Donn was named the Pasco Sheriff’s Office, Deputy of the Year for his 25 years of outstanding service.

Donn has been a NRA Pistol and Personal Protection-in-the-Home Instructor for over 20 years. Donn is also a Glock certified Transitional Instructor and Glock Armorer. Donn retired in 2002, and moved to a mountain ranch in Central New Mexico, where he has been a state certified CHL instructor for 8 years. Donn operates a small training school and has certified hundreds of New Mexicans seeking their Concealed Handgun Licenses. Donn hosts a weekly radio program aired on KXNM radio (Fridays, 11:00 AM MST) titled the Firearms Safety Show.

Donn has an Associate Degree in Criminal Justice and is an adjunct instructor for Mags Indoor Shooting Range in Moriarty, NM as well as for the Manzano Mountain Gun Club in Mountainair, NM.