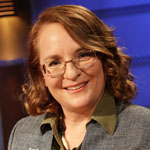 Kathy Jackson is a professional firearms trainer, a small business owner, a former magazine editor, a former homeschool mom, and a freelance writer. Jackson is married more than 25 years, and has five sons.

Started career with Firearms Academy of Seattle. FAS Director Marty Hayes and his wife, Gila, helped train Jackson to become the shooter and teacher she is today. In 2003, Jackson join the FAS instructor program, an apprenticeship-based opportunity to learn and grow. Became a lead instructor at FAS in 2005, working with hundreds of students at this professional firearms training facility over the past decade.

Other training courses and instructors include Jim Cirillo, Ken Hackathorn,Tom Givens,Massad Ayoob,and others. Trained in self-defense with Marc MacYoung,Rory Miller,Tony Blauer,and other personal safety instructors. Jackson holds a firearm instructor certificates from Marty Hayes at FAS and from Tom Givens at Rangemaster in Tennessee. Also, she is an adjust instructor for Massad Ayoob of the Massad Ayoob Group, being qualified to teach both halves of Ayoob’s MAG-40 classes.

From March 2008 through August 2012, worked as editor at Concealed Carry Magazine,the flagship publication of the USCCA. Under her leadership, the magazine’s circulation tripled.

A freelance writer, Jacksons’ work has appeared in several publications, both print and online, including Concealed Carry Magazine, Women & Guns Magazine,and SWAT Magazine.Jackson co-authored Lessons from Armed America, in 2009, with radio talk show host Mark Walters. The book presents several real-life accounts of people protecting themselves from criminals and the lessons we can learn from those situations. In December 2010, White Feather Press published The Cornered Cat: A Woman’s Guide to Concealed Carry.

In 2012, Cornered Cat LLC was formed, to provide firearms instruction to men and women, with intermediate to advanced firearms instruction, hands-on opportunities to try on holsters and alternate carry methods, usable shooting techniques that work especially well with the female body.