This episode covers a “lunch break”. Going to a fast food restaurant, a worker takes his lunch break in the parking lot and is accosted by a panhandler asking for money. The panhandler had ransacked a car previously and found a pistol under the seat. When the victim gave up some money but not as much as the robber wanted, he pulled the gun.
The panel discusses the crime and offer suggestions to avoid being a victim of assault and robbery.
Stop the Threat, hosted by James B. Towle, reviews recent crime scenes throughout the country.

Watch as they analyze the crime re-enactment and offer comments and suggestions on when to shoot not how to shoot.

Stop the Threat Host, James B. Towle, and a panel of self-defense expert guests discuss recent crimes taken from the headlines around the country. These crimes are re-enacted and the experts weigh in on the scenario and provide useful information based on their experience. Episode Description: “The Office” panel [read more]

Episode Description: A husband waiting for his wife to dress, goes out to “warm” the car and returns inside. Looking out the window he notices someone stealing the car from his driveway. He runs out and takes aim at the car as the thief drives down the street. Protecting [read more] 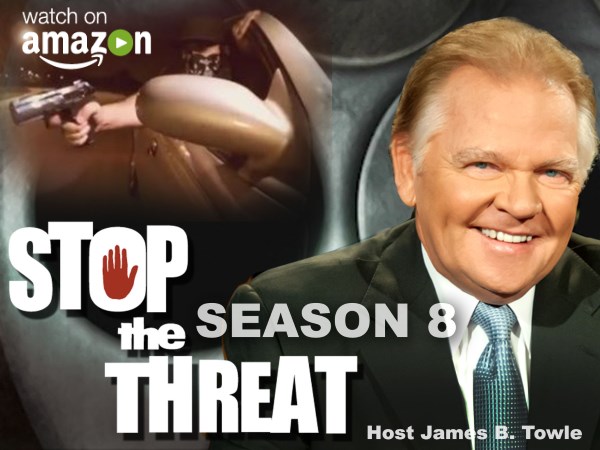