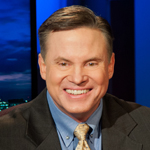 Chuck Joyner was employed by the CIA from 1983–1987, and served as Special Agent of the FBI from 1987 until his retirement in October 2011. Chuck is the author of “Advanced Concepts in Defensive Tactics: A Survival Guide for Law Enforcement”, published by CRC Press, and is a frequent contributor to law enforcement publications. He has lectured on a myriad of law enforcement topics internationally and throughout the U.S.

Chuck is a certified FBI Firearms, Defensive Tactics, Tactical, Chemical Agents, Physical Fitness, General Police, and Master Police Instructor. He is also a certified SWAT, sniper, and TASER instructor. Chuck provided Use of Force instruction to thousands of FBI agents, law enforcement officers, and military personnel. As the Principal Firearms Instructor for one of the largest FBI field offices, Chuck taught and certified firearms instructors for other police agencies. He was inducted into the martial arts Masters Hall of Fame in 2006 as Instructor of the Year.