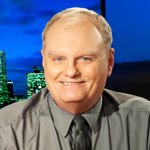 Mike Herd has been in law enforcement in the State of Texas since 1976 and is certified as a Master Peace Officer. Recently retired, Mr. Herd owns and continues to operate Bradshaw Pistol Academy since 1995 and teaches Texas Concealed Handgun classes to honest, law abiding citizens in self-defense and crisis management. He is also an NRA Instructor and a part-time professional photographer doing business as Mike’s Action Photos whereby he is able to photograph his favorite pastime.

A disabled veteran, Mr. Herd served in the United States Army Reserve as a medic. He worked in local television in the Abilene area as a news photographer for a short time. He continues to be a contributing reporter for the Amarillo Globe News and the Abilene Reporter News. Mr. Herd has articles published in SWAT Magazine and has been writing a monthly column titled “Gun Stuff” in the Buffalo Gap News for the past six years. He has appeared on the television series Grateful Nation and was featured in the pilot episode of Armageddon Arsenals, a Discovery Channel production. He also worked as a private security contractor on the Gulf Coast in the aftermath of hurricanes Gustav and Ike and in 2011 in Iraq in support of Operation Iraqi Freedom. His hobbies include shooting, fishing, motorcycles, skydiving, flying and SCUBA diving. He is also fluent in Spanish.