ATSN: Stop the Threat is a Nine-Time Telly Award Winner

Houston, Texas – June 18, 2017 – The Telly Awards has named ATSN: Stop the Threat as a Silver People’s Telly Award winner in the 38th Annual Telly Awards for their piece entitled “Foiled Robbery”. With thousands of entries from all 50 states and numerous countries, this is truly an honor.

“Folied Robbery” – A store keeper is warned of suspicious activity in the back alley and takes her handgun to confront the threat. She holds two men at gun point waiting for the police to arrive, who were called by a fellow store keeper. Suspects are non-compliant and indicate that they were just “having car trouble”. Wielding the gun and firing a “warning” shot, host James B. Towle and guests Wes Doss, PhD, Tammy Hunter, and James Marovich discussed this dangerous situation and the “brash” attitude of the female store keeper.

Now a nine-time Telly Award winner, having won many Telly Awards since inception, ATSN: Stop the Threat is proud to have been continually recognized with the premier award that honors outstanding local, regional, and cable TV programs and commercials, the finest video and film productions, and online commercials, video and films. ATSN: Stop the Threat is among the best work of the most respected production companies, advertising agencies, television stations, cable operators, and corporate video departments in the world.

“We are very grateful to the Telly Awards organization for selecting us for our 9th award. I would like to thank everyone in the crew for their hard work and dedication. Season after season we strive to produce a show that not only educates but mentally prepares gun owners for the most critical decision they will ever have to make, the Draw or Retreat decision. Our success is a result of due diligence and challenging preparation. We rely heavily on our guests to bring their experience to the table each week affording them a unique opportunity to reach outside law enforcement and deep into the gun community with their counsel. Lastly, I would like to thank our viewers who are very much a part of this award process and who without their help, without their emails, without their social media contact, we would not have achieved this year’s award. Thank you very much.”

To find out more about the Stop the Threat television series presented by ATSN visit www.stopthethreat.tv and www.ATSN.tv. 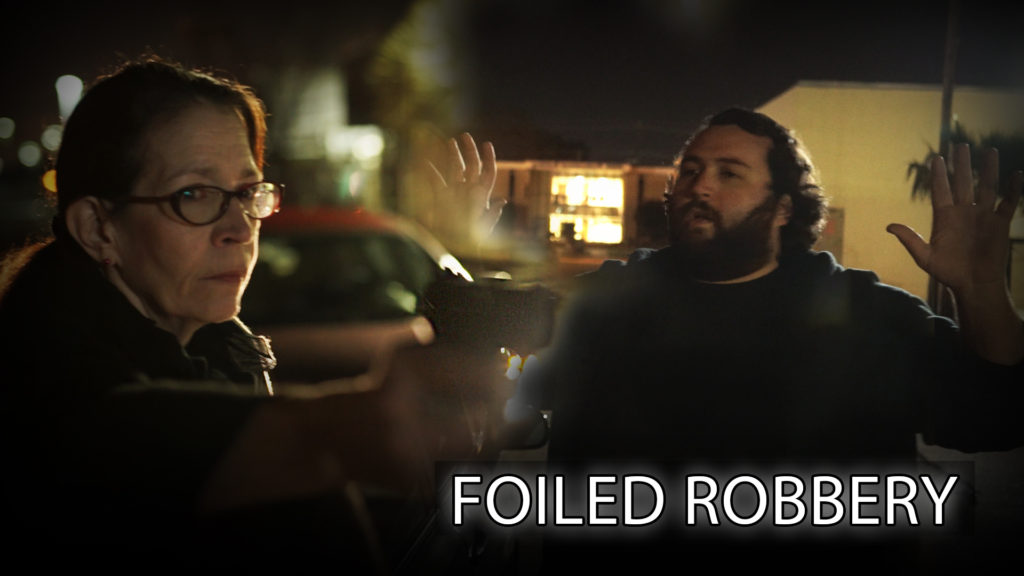 Stop the Threat Host, James B. Towle, and a panel of self-defense expert guests discuss recent crimes taken from the headlines around the country. These crimes are re-enacted and the experts weigh in on the scenario and provide useful information based on their experience. Episode Description: “The Office” panel [read more]

Episode Description: Car Trouble discusses two women driving home at night who experience a flat tire. The husband is called and arrives to assist only to be confronted by a carload of thieves who want to rob them. Host James B. Towle moderates a discussion of the real crime [read more]

Episode Description: A Craigslist ad offers an expensive cell phone at a reduced price. Deciding to make the deal, the potential buyer finds himself in a dangerous situation. Join Stop the Threat host, James B. Towle , and expert guest panelists Don Clark, Chuck Joyner and Marc MacYoung as [read more]